My first job when I turned up in the DH Digital team was to review how we decide what to do next. I’m working in the strategy team, which means that alongside the work I do on raising capability within the department, I also programme manage our work across the whole of the digital team to shape the direction of where we’re going.

When I arrived, there were lots of documents explaining what we do, but it took me a good week of reading to get my head around it.

And from looking around, I could see

Despite all of the documents and all of the busy-ness, it was difficult for me as a new arrival to work out exactly what we were busy ‘about’, and what we were busy ‘for’. So it felt like we needed to move from lists of objectives, ambitions and manifestos, into some a more tangible roadmap to show where we’re going.

My first task was to look at how we triage new projects, and communicate what we’re doing both within the team and to our stakeholders.

We need a triage process because of this conundrum: it’s difficult to do the right thing, do it quickly, and do it properly. It’s easy to compromise one element- but you end up with the wrong product, a poorly built product, or a product that’s never delivered because it took too long. 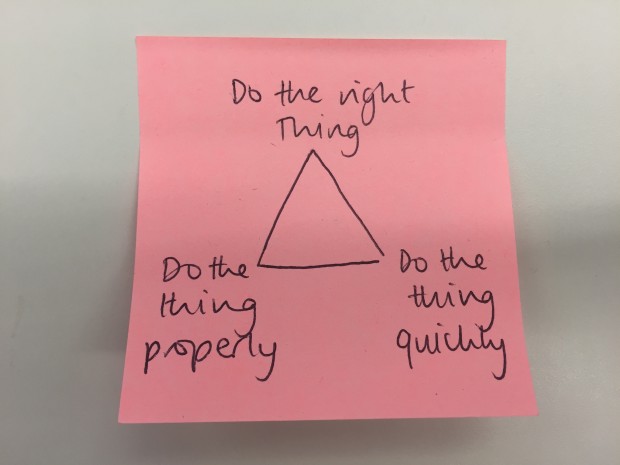 We have recently had our office ‘done up’ with new hotdesking facilities and an exciting whiteboard-painted wall, so this felt like a perfect resource for bringing our projects into a space where people could see them and talk about them

Crucially, this should help us adopt a more agile way of working - as a whole team, rather than 30-odd busy individuals working on competing priorities. By working together, we should be able to prioritise and plan more effectively, so that we get the right things done more quickly, and get early feedback to make sure that each project we deliver is top quality.

The first thing to do was a short ‘discovery phase’ to understand: 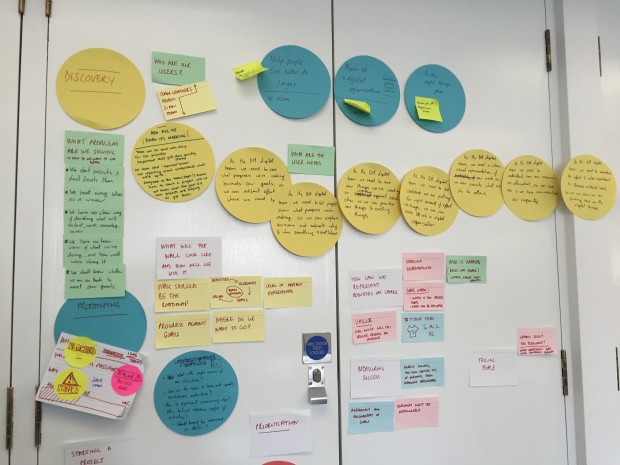 I worked really closely with Lisa, who’s recently joined the team from GDS. Together we worked out where our ambition of digitally transforming the health and care system fit into the overarching DH purpose of helping people live better for longer.

We recognised that the purpose of the wall is to enable us as a team to start the right things first, and focus on them, to ensure that we do them properly- sorting out the triangle conundrum above. A successful wall would enable us to discuss new work as it came in, prioritise what we were doing, and allocate specific skillsets and time available in the team to the projects that help us make the most progress towards achieving our objectives. It would also cause a shift in the way that we’re working- from being a team of individuals to a team that can collaborate effectively to get the right things done first.

We mapped out our users, and discussed their needs. I ran a language analysis session with our engagement lead and head of strategy to understand how they naturally prioritised work in the team when they were put under pressure. This helped us to identify the criteria for prioritising one project over another- being the size and impact of the projects, where they contributed to multiple objectives, and where they really helped us to ‘transform’ something (although we did have some trouble with that word ‘transform’- as we’re still grappling with what we want to transform things into). This in turn helped us to build a prototype ‘card’ for the wall, to represent projects as they move through their journey from proposal to done.

We set out a prototype process for suggesting ideas, scheduling them, reporting progress and communicating completed projects.

And the alpha was born. 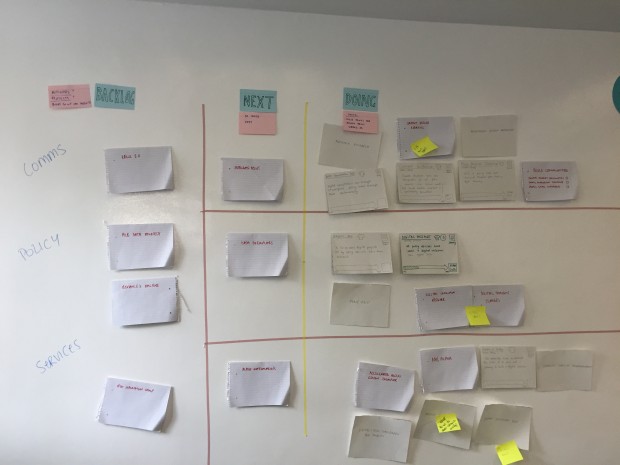 Over the next few weeks, we began to iterate.

And we got to Beta. 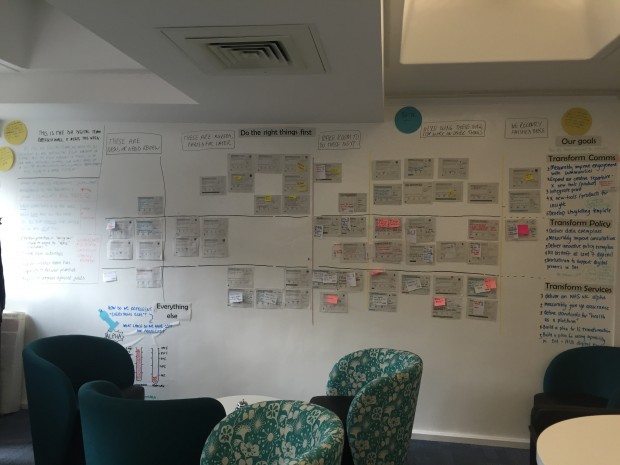 We’re continuing to use and improve the wall, and writing this blog is an action from our last triage/wall meeting, where we discussed what we need to do to celebrate what we’ve done! We’re still getting used to the wall but it’s certainly becoming more and more helpful. 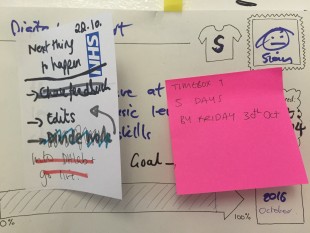 The first card (which was a prototype) is complete- hooray! 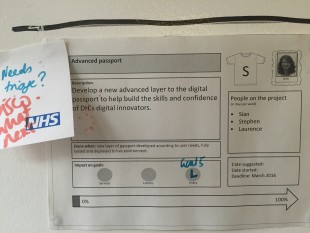 Which means that the second one is up for triage next…